Last year, Saba had the largest share of unused labour potential (22 per cent) of all three islands, relative to the population aged 15 to 74 years; shares were lower on Bonaire and St Eustatius. The underemployed part-time workers account for a significant share of the untapped labour potential. On Saba, this share stood at 66 per cent, while on Bonaire it was just under 60 per cent and on St Eustatius almost half. 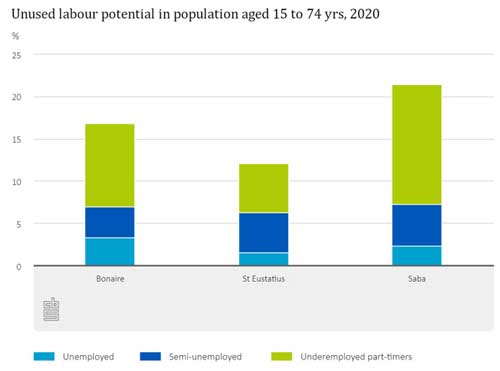 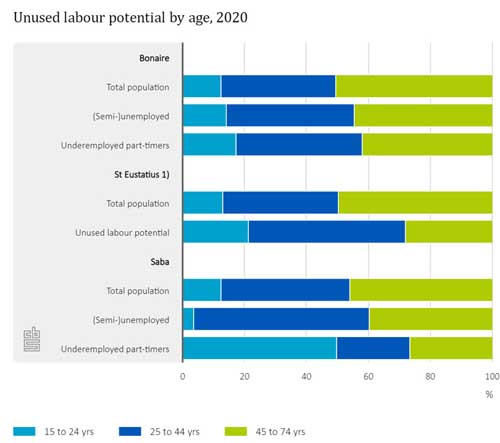 People in the untapped labour potential are relatively likely to have a low education level. On Bonaire, this was particularly the case among the unused labour potential in employment (i.e. the underemployed part-timers): 57 per cent were lower educated, versus 50 per cent of the total population aged 15 to 74 years.

On Saba, however, it was the unemployed group who were relatively often low-skilled: 46 per cent, against 40 per cent of the total population.

People in the unused labour potential on Bonaire and St Eustatius were more likely to have a diploma in general education compared to all 15 to 74-year-olds on these islands. The underemployed part-timers on Bonaire were also relatively likely to hold qualifications in design, languages, art and history or in engineering, manufacturing and construction. The unemployed labour potential on Bonaire and Saba had relatively often graduated in service education. 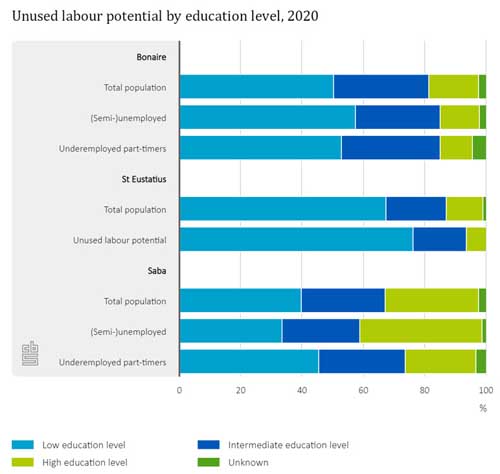 People in the unused labour potential on the three islands were relatively often not locally born. Compared to all 15 to 74-year-olds, they were more likely to be born in other areas of South and Central America in particular. On Saba, a relatively large part of the unemployed labour potential were born on Aruba, Curaçao and St Maarten. 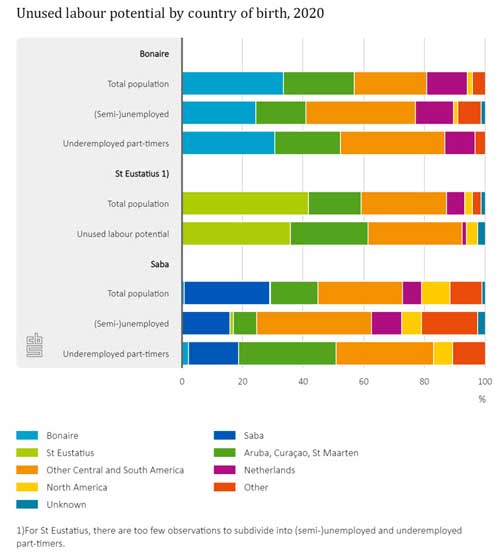 Dr. Willemijn answers your questions on COVID 19 vaccinations.
Invitation to Meetings of Central Committee and Island Council on December 20th